Materials of Lab. The lab has all that is need to run experiments with the two robots, in particular:

Access to Lab and collaborations. Referring to the iCub robot under the responsibility of Gianluca Baldassarre, this robot is mainly used by the LOCEN research group and foreign collaborators of the group that periodically visit the Lab for few days/weeks/months. LOCEN is open to research collaborations employing the robot and involving students and researchers. In particular we are open to collaborate with people who have an engineering or computer science background, or other background and interests, that give them the knowhow and ability to work on this expensive and sophisticated robot. 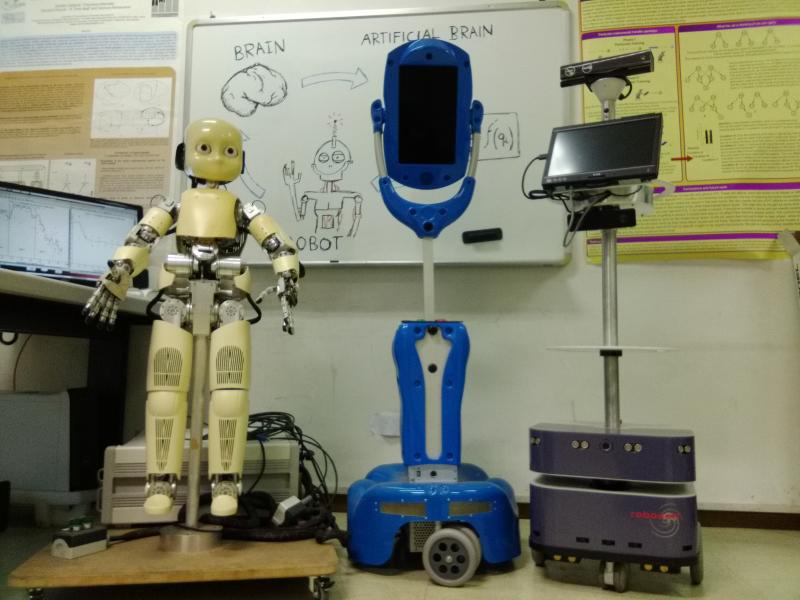