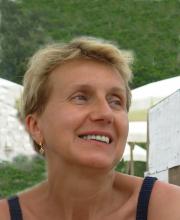 Group membership:
The Group for the Psychological Study of Interpersonal Relations